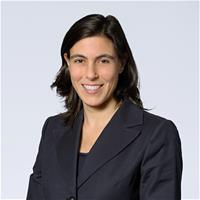 If you or your client have been investigating whether to use funding to help bring a litigation, and you have shared documents related to the litigation with a funder in the course of exploring such opportunities, you can take comfort in knowing that such communications are protected. Once again, the work product doctrine has been affirmed as a shield against the production of documents shared with litigation finance firms. On June 30, 2017, Judge Amy St. Eve of the Northern District of Illinois denied defendant Comcast its motion to compel the production of certain documents that Plaintiff Viamedia provided to litigation finance firms while seeking funding to bring its case. Viamedia, Inc. v. Comcast Corp., et al., 1:16-cv-05486 (N.D. Ill. June 30, 2017). The court held the documents were protected by the work product doctrine and the protection was not waived.

The court outlined the basic contours of the doctrine, which is intended to protect against discovery of documents that were prepared in anticipation of litigation by or for a party or its representative, including lawyers, consultants, agents, etc. The doctrine is intended to protect the attorney’s thoughts and impressions while also preventing opposing counsel from piggy-backing off the work of its adversary. Consequently, waiver of this “privilege” occurs when documents are disclosed to a third party in a manner making it more likely they will fall into an adversary’s hands. In this case, the court found the documents were provided to the prospective litigation financiers in anticipation of litigation and that by providing them, Viamedia did not make it more likely that the documents would fall into the hands of its adversaries.

Interestingly, Comcast did not actually dispute the documents’ classification as privileged. Instead, it argued the privilege had been waived through an earlier misclassification of the documents under a different privilege (attorney-client). The court admonished the lawyers for their mistake, but denied the motion, finding the reclassification accurate and not unduly prejudicial.

In holding the work product doctrine extends to documents provided to prospective litigation finance firms, Judge St. Eve followed the precedent set in the Northern District in the seminal 2014 case of Miller v Caterpillar, 17 F. Supp. 3d 711 (N.D. Ill 2014). Prior to 2014, the issue of discoverability of documents exchanged between plaintiffs and prospective litigation finance firms had been slowly percolating in the courts, with only a handful of decisions each with sparse discussion, if any, coming out in drips and drabs around the country. The Northern District was the first to address the issue head on in Miller. The court performed an in camera review of thousands of documents and wrote up an extensive analysis on multiple issues concerning discovery as it pertains to litigation funders. In relevant part, the court determined that the work product doctrine protects documents provided to prospective litigation funders pursuant to a nondisclosure agreement (“NDA”). The court noted that that even those documents provided to litigation funders without an NDA arguably ought to remain protected because the future of the litigation finance industry depends on the ability to keep the documents exchanged out of the hands of adversaries. But the plaintiff had failed to make the argument, so the court ordered the production of documents provided to prospective funders where there was no NDA.

Viamedia and Miller comport with Bentham’s practice and policy. We make sure to execute an NDA before any documents are exchanged. We ask not to be provided with any attorney-client privileged documents, and we operate under the assumption that our communications regarding prospective litigation funding opportunities are protected under the work product doctrine.