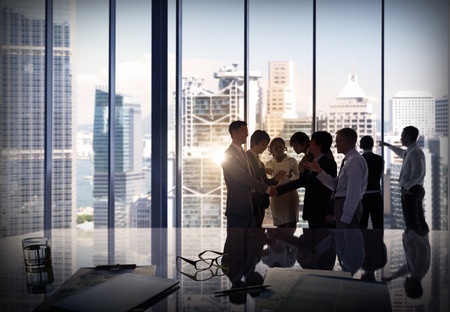 First came skepticism, then came acceptance, then came the proliferation of litigation finance companies in the marketplace. This sequence of events aptly describes the rise of this nascent industry in the United States, despite some states maintaining the antiquated doctrines of maintenance and champerty. Interestingly, New York is host to numerous litigation funding companies within its borders, yet appears to have a statute that still recognizes the doctrine of champerty.[i]

How then, do such companies operate in New York in the face of such a statute? First, a brief look at the evolution of the doctrines of champerty (and maintenance) and how non-recourse funding of meritorious claims by a third party is legal and acceptable even in some of the states, like New York, where the doctrine is still alive (at least in part).

In medieval times, corrupt nobles would sometimes interfere in the legal system for personal gain, often using their subjects as proxies to fight their own disputes or to enhance their wealth. In response to this problem, particularly in England, the doctrines of champerty and maintenance arose and laws were enacted to restrict third-parties from aiding litigants. Maintenance refers to a third-party providing financial assistance to help maintain litigation. Champerty occurs when maintenance is taken a step further and the third-party seeks a return for its financial assistance, usually in the form of a portion of the recovery from the lawsuit.

The doctrines of champerty and maintenance initially migrated to this country along with settlers from England. But, as the legal system and public policy evolved, so too did maintenance and champerty case law. In 1908, the English court in British Cash and Parcel Conveyors v Lamson Store Service Co Ltd. (1908) 1 KB 1006, noted “The truth of the matter is that the common law doctrine of maintenance took its origin several centuries ago and was formulated by text-writers and defined by legal decisions in such a way as to indicate plainly the views entertained on the subject by the courts of those days. But these decisions were based on the notions then existing as to public policy and the proper mode of conducting legal proceedings. These notions have long since passed away, and it is indisputable that the old common law of maintenance is to a large extent obsolete.”[ii]

As the US legal system likewise evolved, the ancient laws of maintenance and champerty were often abolished, or they were interpreted by courts in such a way so as to permit commercial litigation finance. New York is one jurisdiction that has maintained an active statute that prohibits “champerty.” So, how then, has commercial litigation funding thrived in this jurisdiction?

In laymen’s terms, the safe harbor carves out from the champerty prohibition any third-party investment in litigation where the investment exceeds $500,000. At Bentham IMF, our investments fall within this safe harbor provision as our minimum funding amount is $1,000,000.

As the commercial litigation finance industry grows, it has gained acceptance in the courts as well. For example, New York Supreme Court Justice Eileen Bransten noted in a 2013 decision in the Lawsuit Funding LLC v. Lessoff matter that, “There is a proliferation of alternative litigation financing in the United States, partly due to the recognition that litigation funding allows lawsuits to be decided on their merits, and not based on which party has deeper pockets or stronger appetite for protracted litigation.”  Even more recently, in the 2015 case of Hamilton Capital VII, LLC, I v. Khorrami, LLP, New York Supreme Court Justice Shirley Werner Kornreich observed that “…modern litigation is expensive, and deep pocketed wrongdoers can deter lawsuits from being filed if a plaintiff has no means of financing her or his case.”

For states such as New York that recognize champerty, it appears modern principles and public policy is evolving to where third-party financing companies are considered champions of justice rather than “champertous intermeddlers.”

For a champion on your side, contact us for a consultation about your litigation funding options.