The Business of Unfinished Business 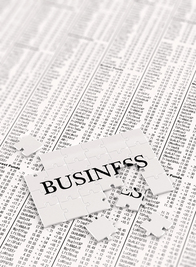 The fall of Coudert Brothers LLP (“Coudert”), Thelen LLP(“Thelen”), and Heller Ehrman LLP (“Heller”) created shockwaves through the legal industry that can still be felt today.  Not only did the downfall of these firms remind the industry of its mortality, but the demise of once-lucrative big law firms created issues for their former partners and their “unfinished business.”  Recent court decisions in New York and California arising out of the bankruptcy proceedings of Coudert, Thelen, and Heller clarified that creditors of the defunct firms are prohibited from recovering profits from unfinished hourly fee cases taken by partners to new firms.
These recent decisions came as a disappointment to bankruptcy trustees as they were banking on the principle of the unfinished business rule to retrieve funds for creditors on cases that partners continued to profit from at their new firms.  The unfinished business rule stems from the Uniform Partnership Act (“UPA”), section 404, which states in part that every partner has a duty to:

The bankruptcy trustees argued that “partnership property” necessarily included those unfinished legal matters that a partner takes to a new firm and any profit resulting from that unfinished business, as such profits are technically an asset of the bankruptcy estate.  While this argument was supported by the California Court of Appeal in Jewel v. Boxer (1984) 156 Cal.App.3d 171 (“Jewel”), the dissolution proceedings of Coudert, Thelen, and Heller are distinguishable.

In the case of Heller, however, the firm’s former clients were left with no choice but to seek new counsel and its partners were left with no choice but to seek new employment due to the firm’s involuntary dissolution.  As a result, Heller’s bankruptcy estate was not entitled to recover profits from unfinished hourly fee cases taken to new law firms.  While the New York Court of Appeals came to a similar conclusion in matters involving the Coudert and Thelen bankruptcy proceedings, the New York Appellate Court did so on the basis that a law firm does not have an ownership right over a client or particular case, and is only entitled to be paid for services actually performed.  In essence, an involuntarily dissolved firm does not have a property right to future legal fees.

The recent decisions from California and New York surrounding the unfinished business rule as it relates to hourly fees effectively put the ball back in the court of the client as to choice of counsel, and lessen the risk of debt when firms take on partners seeking refuge from involuntarily dissolved firms.  These decisions also reduce the ability of creditors of defunct firms to recoup their losses.  It will be interesting to see how these recent decisions affect the landscape for recovery in law firm dissolution proceedings.