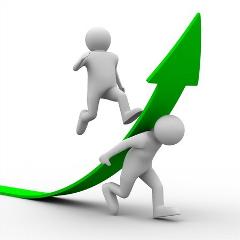 In November 2012, an Australian Court issued a landmark ruling that was the first in the world to hold a credit ratings agency liable for the ratings it gave to junk financial products.  Australia’s Federal Court found Standard & Poor’s Financial Services LLC (“S&P”), along with ABN AMRO (now known as Royal Bank of Scotland [“RBS”]) liable for issuing AAA credit ratings on complex synthetic derivatives known as Constant Proportion Debt Obligations (“CPDOs”).  Due to the AAA rating given by S&P, 12 local cities purchased the product and suffered multi-million dollar losses when the value of the CPDOs took a nose-dive during the global financial crisis. The case against S&P and ABN AMRO was backed by our  parent company, IMF Bentham, Australia’s largest litigation funder.


S&P attempted to skirt liability for their actions by claiming they were not ultimately responsible for a party’s investment decisions.  In a statement issued by S&P, they believed that “(i)t is bad policy to enforce a legal duty against a party like S&P, which has no relationship with investors who use rating opinions, yet impose no responsibility on those investors to conduct their own due diligence.”


Australian Federal Court Justice Jayne Jagot did not buy into S&Ps argument and ruled against them, reasoning that:


“S&P's rating of AAA of the ….CPDO notes was misleading and deceptive…
and otherwise involved negligent misrepresentations to the class of potential
investors in Australia…because by the AAA rating there was conveyed a
representation that in S&P’s opinion the capacity of the notes to meet all financial
obligations was “extremely strong” and a representation that S&P had reached this
opinion based on reasonable grounds and as the result of an exercise of
reasonable care when neither was true and S&P also knew not to be true at the
time made.”

Having lost millions as a result of S&P's practices, the 12 local cities were not in a position to bring a costly lawsuit against S&P and ABN AMRO.  Enter litigation finance, which serves as a critical mechanism that enables cases to be brought and litigated against large corporations, banks and other powerful institutions, often by small and mid-sized companies and entities.  Without litigation funding support from IMF Bentham, the Australian Federal Court’s finding that S&Ps AAA ratings of CPDOs were “misleading and deceptive” could not have been achieved.


As a result, the ripple effects of this landmark ruling can be seen throughout the world.  The European Union recently passed regulations confirming ratings agencies owe a duty of care to those that rely on their ratings, effectively refuting S&P’s previous contention before the Australian Federal Court that they owe no such duty.  In addition, IMF Bentham is providing litigation funding on behalf of 91 local cities seeking to hold S&P liable for the investments they made after S&P issued a AAA rating on toxic mortgage bonds provided by Lehman Brothers.  Part 2 of this series will further discuss recent events in the United States, where S&P recently settled with various government entities for their wrongdoing and contribution to the global financial crisis.