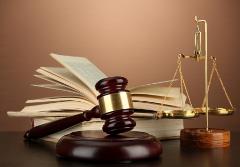 No industry is immune to lawsuits.  The litigation finance industry is no exception.  As this industry grows, associated case law grows with it.  In a recent summary judgment decision in Obermayer Rebmann Maxwell & Hippel LLP v. West[i] (Obermayer), a United States District Court judge in the Western District of Pennsylvania ruled against a party who had obtained litigation funding, had later successfully settled the funded case, and had then refused to pay the funders as agreed.

West was the plaintiff in the underlying case.  While that case was pending, West obtained litigation funding under a pair of agreements, each of which contained three key provisions.  Each agreement provided that:

West later settled the underlying case on favorable terms.  Under the clear language of the funding agreements, West was then obligated to repay the funders the amounts they had funded, plus an additional 136%.  West refused to pay, asserting defenses of usury and champerty.

The district court first upheld the New York choice of law provision in the funding agreements.  The court held that the fact that the funders were based in New York was sufficient to establish a “substantial relationship” between the funding transactions and New York.

Applying New York law, the court then rejected the champerty defense.  It explained that the rule against champerty prohibits “an acquisition of a cause of action by a stranger to the underlying dispute” for the “very purpose of bringing such suit.”  This rule “is not implicated where a transaction occurs after the commencement of an action and merely assigns an interest in the proceeds of the claim.”

The court also rejected the usury defense, explaining that under New York law, “a usury defense is only applicable where the underlying transaction constitutes a loan,” and that “[t]he hallmark of a loan, for purposes of the usury statute, is an absolute right to repayment or some form of security for the debt…. [i]n other words, ‘there can be no usury unless the principal sum advanced is repayable absolutely.”[ii]   (Emphasis added.)  Since recovery on the funding agreements was contingent upon a successful recovery in the underlying lawsuit, and only repayable to the extent of any recovery, there was no absolute right to repayment, and therefore no loan.  Thus, West’s usury defense failed.

The outcome in Obermayer, as well as in another recent case, Hamilton v. Khorrami[iii], seems to indicate the judiciary is receptive to the use of alternative litigation finance.  In Hamilton, a New York judge determined that a credit agreement between a law firm and litigation finance company did not constitute impermissible fee splitting.  As litigation finance becomes more familiar and accepted, the scales of justice become more balanced.