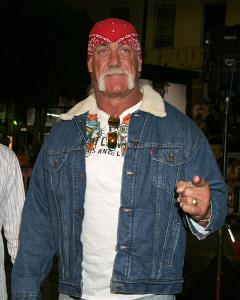 Revelations of Peter Thiel’s role in funding Hulk Hogan’s case against Gawker have stirred a lot of dialogue in recent weeks about litigation funding. Is it ethical? Does it run afoul of doctrines governing champerty and maintenance? Does it enable frivolous litigation? Should it be disclosed?

Bentham has had the privilege of answering these and many other questions during interviews with The Wall Street Journal, Forbes, the Associated Press, Bloomberg Law, The Daily Journal, The Recorder, The American Lawyer, The New York Post,The Toronto Star,and other major media outlets.

First and foremost, we should make clear that the third-party investment that Thiel made in the case substantially differs in a number of ways from investments typically made by Bentham IMF and other commercial litigation funders. As Jim Batson, Investment Manager and Legal Counsel in Bentham’s New York office, told Bloomberg Law about Thiel’s financing of the suit, “It is uncommon.” He explained how Thiel’s funding the suit for personal reasons differs from the criteria that Bentham considers when making investment decisions. “We have a duty to add value to our shareholders,” he told Bloomberg Law. He further reasoned that Bentham wouldn’t be doing a very good job at that if we let personal reasons interfere with our assessment of the litigation. Bentham’s Chief Investment Officer, Ralph Sutton, echoed those sentiments. “It’s really nothing like what we do,” he explained to The American Lawyer. “Billionaires can always insert themselves into litigation for political reasons. But we at Bentham don’t have an agenda,” he added. “Our interest is always in maximizing returns to our shareholders.”

The U.S. legal system, one of the most sophisticated in the world, has become unaffordable for all but the wealthiest litigants, typically large corporations. Litigation finance provides a mechanism to make the system accessible on a broader scale. States across the nation are increasingly recognizing the balancing role that the industry serves. Matthew Harrison, Lead Investment Manager in Bentham’s San Francisco office, explained to The Recorder that litigation funding is fully permitted in major commercial hubs, including California, New York and Illinois. Naomi Loewith, Investment Manager and Legal Counsel in Bentham’s Toronto office, highlighted how access to funding makes a difference, commenting to The Toronto Star, “You could be a small business that’s pulling in 10 or 15 million [dollars] in revenue every year, but that doesn’t mean you can afford to engage in a protracted battle with Walmart or Apple, or a really big well-funded company on the other side.” Increased regulation of litigation funding is unnecessary and would serve only to impede access to civil justice.

The U.S. Chamber Institute for Legal Reform has seized on the revelation of Thiel’s funding to assert that litigation finance leads to frivolous lawsuits. The claim seems to be an act of frivolity itself, given the fact that the Chamber is raising it in the context of a case deemed meritorious enough by the court to result in $140 million jury verdict. As Jim Batson pointed out to Bloomberg Law, Hogan’s case was grounded in claims that held up in court. To go to trial, he explained, “a judge had to reach a point in the litigation to decide that it was strong enough to be heard, and a jury thought it was strong enough to be awarded millions in damages.” The court’s treatment of the case makes clear that the dispute was far from frivolous.

Financing frivolous lawsuits is an abuse of the court system. To characterize litigation funders as engaging in this process is to misrepresent the entire industry. In reality, the non-recourse nature of the investments made by litigation funders necessitate funding of only the most legitimate claims likely to succeed on the merits. Naomi Loewith pointed out to The Toronto Star, “If our business model was to invest in frivolous lawsuits, we’re not going to last very long.” At Bentham, we invest in lawsuits based on probability of success and return on investments.

Opponents of litigation funding have also used this case as a means to assert arguments favoring automatic disclosure of third party funding. Thiel’s involvement was only recently revealed. Proponents of mandatory disclosure argue that it’s essential to a fair fight because it enables defendants to decide how aggressively to litigate a case. In our view, the Gawker case is an example of how mandatory disclosure can cause problems. Matthew Harrison told The Recorder, “Generally, when these things are disclosed, it creates a sideshow. We don't view it as relevant to the case.” Dave Kerstein, Investment Manager and Legal Counsel in Bentham’s New York office, built on that theme during his discussion with The Wall Street Journal. “Full transparency,” he said, “would have a chilling effect on the funding industry by deterring investors because of the added costs of collateral litigation that come with such disclosures.” Disclosure of funding, in our view, is no more necessary when it’s provided by a litigation finance company than it is when provided by lawyers handling a case on a contingency or pro bono basis.