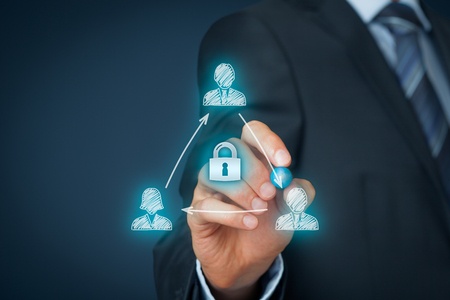 In the matter of In re International Oil Trading Company, LLC[i] (“IOTC”), the United States Bankruptcy Court for the Southern District of Florida looked at the issue of whether communications made between a claimant and funder were subject to protection under the work product doctrine or any exceptions to the attorney-client privilege. Part 1 of this series will focus on the Court’s analysis of the common interest exception; Part 2 will discuss the agency exception; Part 3 will examine the court’s application of the Work Product Doctrine; and Part 4 will consider whether bankruptcy courts are increasingly giving their approval to the use of litigation funding in bankruptcy matters.

In IOTC, Mohammad Al-Saleh (“Mr. Al-Saleh”) brought an action against IOTC in Florida in 2008 due to a failed contractual relationship over the transportation of fuel across Jordan to Iraq on behalf of the U.S. military. Mr. Al-Saleh sought funding from a litigation funder (the “Funder”) in order to finance his case. A judgment in favor of Mr. Al-Saleh was rendered in 2011, and was subsequently upheld on appeal. When Mr. Al-Saleh’s attempts to collect the judgment against IOTC were unsuccessful, he filed an involuntary bankruptcy petition on June 26, 2015.

In response, IOTC filed a Motion to Dismiss or Abstain (“Motion to Abstain”) alleging, among other things, that the Court should abstain because Mr. Al-Saleh was not the real party in interest. Rather, IOTC suggested that Mr. Al-Saleh transferred a portion of the judgment debt to the Funder via the litigation funding agreement (“LFA”) he entered into with them. IOTC propounded three rounds of Requests for Production of Documents seeking communications and documents relating to the creation, negotiation, and analysis of the LFA between the Funder and Mr. Al-Saleh (“Funding Communications”). Mr. Al-Saleh contended all responsive documents were protected from disclosure via the attorney-client privilege and work product doctrine.

Generally, the attorney-client privilege protects confidential communications made by a client to an attorney as well as the advice given by the attorney in the course of representing the client.[ii] This privilege is waived when any disclosure of confidential information is made to a third party outside the attorney-client relationship. However, this rule does not apply when the third party holds a ‘common interest’ with the client.

Under federal law, courts have engaged in one of two methods in determining whether the common interest exception applies. One method is to determine whether the client and third party share a common legal interest instead of a commercial one. The other approach requires the client and third party to be engaged in a common enterprise where the legal analysis and advice of the third party relates to the goal of that enterprise.[iii]

In Miller UK Ltd. v. Caterpillar (17 F. Supp. 3d 711 (N.D. Ill. 2014), the Illinois District Court applied the common legal interest method. The “common interest” doctrine is designed to encourage “parties with a shared legal interest to seek legal ‘assistance in order to meet legal requirements and to plan their conduct’ accordingly.”[iv] The court in Miller reasoned that since the claimant talked to litigation funders for the purpose of obtaining financing and not for legal advice or strategies, there was no common legal interest at play and thus, communications between the claimant and the funder were not subject to the attorney-client privilege.

Conversely, in IOTC, the Florida Bankruptcy Court used the common enterprise method in determining whether the Funding Communications were protected from discovery. The IOTC court decided to follow and adopt Florida state law and determined that the “…cause need not be an identical legal cause, but rather a ‘common, litigation-related cause.”[v] Three threshold questions were used to decide whether the common interest exception applied here: 1)  whether the original disclosures were necessary to obtain informed legal advice and might not have been made absent the attorney-client privilege; 2) whether the communication was such that disclosure to third parties was not intended; and 3) whether the information was exchanged between the parties for the limited purpose of assisting in their common cause.[vi]

Stay tuned for part 2 of this series for an in-depth discussion on how the Court applied the agency exception to attorney-client privilege, in order to protect communications to a litigation funder from disclosure.