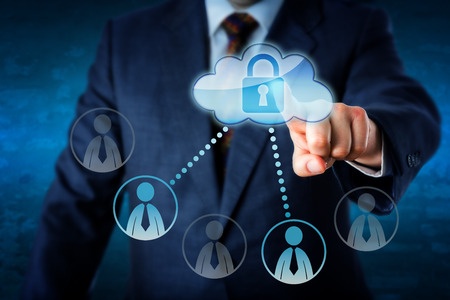 As discussed in Part 1 of this series, the United States Bankruptcy Court for the Southern District of Florida found in In re International Oil Trading Company, LLC[i] (“IOTC”)  that communications made between a claimant and a litigation funder fell within the common interest exception to the attorney-client privilege via an application and satisfaction of the three-prong ‘common enterprise’ test. In its analysis, the Court recognized the split in authority between various Circuit Courts concerning the use of the common legal interest method and the common enterprise method in determining whether the exception is applicable. In doing so, the Court observed that in the event the common interest exception does not apply, the agency exception to the attorney-client privilege could extend protection to claimant-funder communications.

As noted in Part 1, Mohammad Al-Saleh (“Mr. Al-Saleh”) brought a breach of contract action against IOTC in Florida in 2008 over a failed agreement to transport fuel across the Middle East on behalf of the U.S. Military. In order to finance his case, Mr. Al-Saleh sought funding from a litigation funder (the “Funder”). Mr. Al-Saleh received a favorable judgment in 2011, and an appeal ensued shortly thereafter. When Mr. Al-Saleh’s attempts to collect the judgment against IOTC were unsuccessful, he filed an involuntary bankruptcy petition on June 26, 2015.

Since the Funder was not Mr. Al-Saleh’s attorney, the Court deemed the attorney-client privilege was waived during disclosure of any confidential information to the Funder unless an exception applied. Similar to the common interest exception discussed in Part 1, there are two methods courts use to determine whether the agency exception is applicable. The ‘narrow’ method is utilized when the third party is considered a “translator,” which denotes those persons that interpret information already exchanged between the client and attorney (e.g. law clerks and secretaries).[ii] In contrast, the ‘broad’ method extends the agency exception to a wider range of professionals in order to allow information essential for the provision of legal advice to be exchanged.

The Court in IOTC held the broader method more reasonable and consistent with the purpose behind the agency exception, which finding was in harmony with Florida state law. The Court observed that:

The Court acknowledged the necessity for Mr. Al-Saleh to provide the Funder with information essential to the underlying claim. The Funder needed such information in order to allow it to fairly assess the claim’s merits, the potential costs of collection and litigation, and the strategies to employ during litigation against IOTC. Without this information, the Court recognized the Funder’s hands would be tied in having to make an informed, accurate determination of whether to provide funding to  Mr. Al-Saleh to assist with his case against IOTC.

In finding that the agency exception extended the shield of the attorney-client privilege to the Funding Communications, the Court found that:

While the Court in IOTC found the agency exception applies to litigation funders, as with the common interest exception, a valid application of these exceptions to the protection of claimant-funder communications depends on which method is employed in making a determination. Here, the Funding Communications were protected from disclosure by both the common interest and agency exception to the attorney-client privilege. However, while these exceptions protected the Funding Communications from disclosure, they did not protect portions of the Litigation Funding Agreement (“LFA”) from discovery as the LFA was classified by the Court as a ‘contract’ and not a communication. Since the LFA fell outside the protection of the attorney-client privilege, the Court in IOTC looked to the Work Product Doctrine to determine whether the LFA was protected from disclosure.

Stay tuned for part 3 of this series for an in-depth discussion on how the Court applied the Work Product Doctrine to protect certain portions of the LFA from discovery.