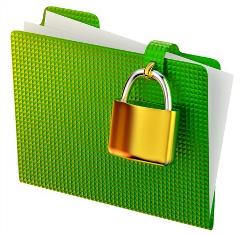 In Parts 1 and 2 of this series, we discussed how the United States Bankruptcy Court for the Southern District of Florida in IOTC[i] applied the common interest and agency exceptions to the attorney-client privilege to protect communications made between a claimant and litigation funder from discovery. While the Court protected these communications from disclosure, it noted this protection did not extend to IOTC’s request for production of the litigation funding agreement (“LFA”) as the LFA was classified as a contract, not a communication. In doing so, the Court applied the Work Product Doctrine to protect certain portions of the LFA, while other sections were deemed discoverable.

The discovery dispute in IOTC arose from IOTC’s Motion to Dismiss or Abstain (“Motion to Abstain”) Mohammad Al-Saleh’s (“Mr. Al-Saleh”) involuntary bankruptcy petition that was filed in an attempt to collect a judgment rendered against IOTC in 2011. At the heart of the Motion to Abstain was an allegation that Mr. Al-Saleh was not the real party in interest. IOTC believed Mr. Al-Saleh transferred some, or all, of his claim to a litigation funder (the “Funder”) in exchange for help with financing the collection case against them. In order to prove this allegation, IOTC issued a request for production of the LFA. Objecting to IOTC’s request for the LFA, Mr. Al-Saleh invoked the protection of the Work Product Doctrine.

Federal Rule of Civil Procedure (“FRCP”) 26(b)(3) generally protects the work product of attorneys, consultants, and agents of a party from discovery. It provides that documents prepared in anticipation of litigation are not discoverable, unless the party seeking such information shows a substantial need for the documents and are otherwise unable to obtain those documents elsewhere without undue hardship. If discovery is ordered, FRCP 26(b)(3) mandates protection against disclosure of opinion work product (e.g., the mental impressions, conclusions, opinions, or legal theories of a party’s attorney or other representative concerning the litigation).   The IOTC Court observed the documents requested by IOTC were “…communications between a client, the client’s attorney, and a litigation funder whose participation depends on assessments of the merits of litigation. If they are work product at all, they are opinion work product.”[ii]

IOTC invoked the primary purpose rule and pivotal issue doctrine in an attempt to argue the requested documents fell outside the protection of the Work Product Doctrine. The primary purpose rule extends work product protection to those communications and documents made “for the purpose of facilitating the rendition of legal services to the client.”[iii] Here, IOTC contended the motivating factor behind Mr. Al-Saleh and the Funder’s relationship was purely financial, thus quelling any protection the Work Product Doctrine could provide. The Court disagreed, noting the primary purpose rule looks at the claimant’s intent, not the Funder’s. It was irrelevant the Funder could potentially receive a return on its investment. Mr. Al-Saleh’s decision to use the Funder’s services to assist with his collection efforts against IOTC was an action performed in furtherance of facilitating the rendition of legal services on his behalf. Consequently, the primary purpose rule was satisfied and the protection of the work product doctrine remained intact.

Next, IOTC cited the pivotal issue doctrine in claiming that “…where the mental impressions of counsel are pivotal or central to the litigation before the court, those mental impressions may not be protected from discovery.”[iv] The standard for invoking this doctrine is high and fact intensive, and as the Court noted only in “rare and extraordinary circumstances” will this doctrine be applied to waive protection of opinion work product under FRCP 26(b)(3). The Court clarified the Eleventh Circuit never ruled on the issue of whether work product protection should apply when the mental impressions of an attorney or consultant is pivotal or central to an issue in the case, but commented that other Federal Court decisions denying protection based on this doctrine largely concerned factual circumstances indicative of bad faith.[v]

IOTC claimed Mr. Al-Saleh had improper motives in filing the involuntary bankruptcy petition against them and the Funder’s mental impressions or opinions were necessary to reveal those improprieties. The Court disagreed and found the facts did not rise to the level of a ‘rare and extraordinary circumstance’ and therefore, application of the pivotal issue doctrine was unwarranted in this instance. The Court reasoned that:

“The involvement of a litigation funder is not, in and of itself, indicative of an improper motivation…Mr. Al-Saleh has been owed a substantial sum for over eight years and, as his other attempts to collect on his debt have failed, he determined to use the present bankruptcy proceedings as a tool for collection. This is not a rare and extraordinary circumstance…The facts surrounding Mr. Al-Saleh’s engagement of and communication with a litigation funder are not in any way indicative of improper activity by those parties.”[vi]  [Emphasis added.]

While the Court maintained the protection of the Work Product Doctrine over documents containing opinion work product, it did not afford the same protection to fact work product. It ultimately required Mr. Al-Saleh to produce the LFA to IOTC. However, the Court acknowledged portions of the LFA may contain opinion work product[vii] and allowed Mr. Al-Saleh to redact those portions that contained the Funder’s mental impressions and opinions.

The IOTC Court’s findings, along with other recent decisions finding that the Work Product Doctrine is applicable to documents exchanged between a claimant and funder, indicate that courts are accepting of the presence of litigation funders in a case. More and more, the judiciary is recognizing the necessity of affording legal privileges to funder communications and in doing so, they have limited what is properly discoverable. In conclusion to this series, we will next discuss in Part 4 the general approval and growth of the litigation funding industry.