With Aid from Funders, Bankrupt Litigants Find a Lifeline 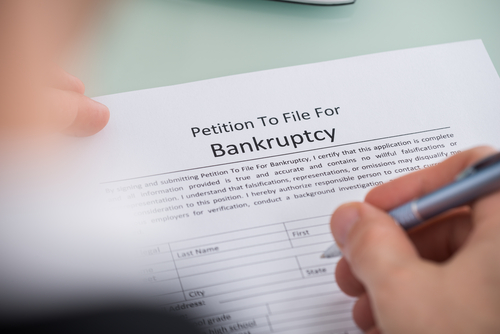 Litigation funders can be a critical resource for insolvent corporate litigants. It shouldn’t come as a surprise that insolvent companies (or trusts set up to administer their litigation claims) often do not have sufficient resources to effectively pursue lawsuits and maximize their return. Even if a debtor has strong claims that could provide significant value for a bankrupt estate and its stakeholders, absent sufficient resources, it may be forced to choose between the undesirable options of not bringing the case, settling early for pennies on the dollar, or retaining less expensive but inferior counsel.

Litigation funding allows a bankrupt party or trust with meritorious litigation claims to pursue a far more effective and comprehensive litigation strategy. For instance, with more resources, a claimant can hire stronger counsel to pursue their case. Dave Kerstein, Bentham IMF Investment Manager and Legal Counsel explains, “insolvent companies can use funding to fill resource gaps, so they can recognize the full value of their claim.”

For a cash-strapped estate, financing a litigation asset to obtain an infusion from a funder can mean the difference between continuing with a winning strategy or potential capitulation. Consider the recent, well-publicized case of Magnesium Corp. of America (MagCorp). MagCorp has been locked in a years-long battle with its former owner, Ira Rennert, and his investment fund, Renco Group, who are accused of looting the company prior to its bankruptcy. In 2015, MagCorp’s bankruptcy trustee won a $213 million judgment against Rennert and Renco. Rennert and Renco appealed, and after years of litigation, the trustee had just $650,000 in the bank to pursue a federal appeal and manage the estate, according to a recent article by The American Lawyer. The trustee sought financial help and, after a bidding process, accepted an offer from a funder that gave it $26.2 million in exchange for a portion of any eventual return. “This case was going to take many more months, if not years, to resolve, and the trustee was nearly out of money…so MagCorp used litigation funding as a liquidity event. The judgment was an asset they collateralized to get money up front to fund the trustee’s ongoing efforts,” says Kerstein.

It’s not the first time this year that litigation funding has been a key factor in a high-stakes case for a bankrupt company. In April 2016, our blog entry Litigation Funding Paves Way for Crystallex’s $1.4B Award Against Venezuela discussed how the insolvent Canadian mining company Crystallex International Corp. won a $1.38 billion arbitration award for Venezuela’s unlawful expropriation of its Las Cristinas gold mine. The funder paid for Crystallex’s general corporate expenses, as well as the costs of pursuing its arbitration at the International Centre for Settlement of Investment Disputes. In return, Crystallex agreed to share 35 percent of the net proceeds of any award or settlement with the funder.  Importantly, the Crystallex court noted that be there would have been no meaningful recovery, and no successful restructuring, without financing of the arbitration.

For insolvent parties, litigation funding can provide a liquidity event as in the MagCorp example, or a means of keeping existing litigation on track while paying company operating expenses, as in the Crystallex matter. In addition, there are other potential uses for litigation funding in insolvency proceedings. For example, funding can be used to capitalize a litigation trust and allow scarce cash that would otherwise have gone to the trust to be shared by other stakeholders in the bankruptcy case, thus facilitating a plan of reorganization. Alternatively, investment from a funder can allow an insolvent party to expand the scope of its litigation portfolio. Kerstein notes, “Funding can be used to help determine if there are meritorious claims that haven’t yet been pursued.”

What do creditors need to understand about why use of litigation funding is a sound financial strategy even for an insolvent litigant? As with other commercial funding, funders carefully vet insolvency funding opportunities and provide dollars in return for a percentage of the proceeds, only if the case is successful. Kerstein explains, “A funder is only going to invest in cases that have a high likelihood of success, which should give comfort to the creditors who will share in the upside.”

To learn about funding options in cases where the plaintiff is insolvent, contact us for a consultation.