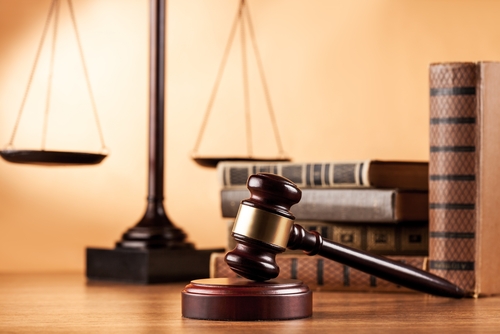 Though the ancient doctrine of champerty is on the decline, it’s still used in some jurisdictions to invalidate funding agreements. A recent decision by a Pennsylvania appeals court shines the spotlight on how the doctrine can impact lawyers’ fee agreements as well.[1]

The plaintiff in the case had solicited litigation funding because it lacked the financial resources to go to trial and, later, to appeal its $12.5 million verdict (which fell far short of the $100 million it believed it was owed). Hoping to improve their prospects of obtaining post-verdict funding, the plaintiff and its counsel revised their fee agreement to provide that the funders would be paid out of the attorney’s increased 33% contingency fee and that the funders’ return would take first priority. After the appeal failed, the $12.5 million verdict with interest was insufficient to give the funders more than their principal back, while the attorney was paid nothing for its outstanding fees. The attorney sued the funders for unjust enrichment on the theory that they had improperly benefited from his services.

The Pennsylvania appeals court upheld the claim’s dismissal, concluding that the fee agreement did not give rise to an attorney charging lien and that only clients (and not third-party funders) can be unjustly enriched by an attorney’s services. Although these grounds were sufficient, the court also invalidated the fee agreement as champertous.[2]

The court’s use of champerty is not surprising; Pennsylvania is among the minority of states where the doctrine remains a defense. What is surprising is that the court invalidated the fee agreement even while finding that the funders had valid priority over the attorney. This appears to be the result of two factors: (i) the fee agreement presented an unusual form of fee-splitting that potentially raises ethical issues and appears to have at least given the court pause; and (ii) the validity of the litigation funding agreement itself was never challenged.[3] Whatever the reason, one clear lesson from Labarre is that lawyers who split their fees with funders can risk invalidating their fee agreements.

Another lesson for all parties is to plan carefully for a low recovery scenario. While the details of the agreements are not clear, the parties apparently knew that it was possible that the recovery would be limited to $12.5 million, and that that verdict, if upheld, might not provide a payout for everyone involved. Given these facts, the court may have simply reasoned that the attorney was rightfully stuck with the bargain he struck.

The third lesson from Labarre comes from the court’s statement that the funders “are completely unrelated parties who had no legitimate interest” in the lawsuit. Read broadly, that statement could be interpreted as a warning shot that Pennsylvania law prohibits all funding agreements, with or without fee-splitting.

What, then, does Labarre mean for litigation funding in Pennsylvania? Surprisingly, not much.  This is because Labarre’s lessons only apply if the parties choose Pennsylvania law to govern their agreements, and there is little incentive to do so. As explained in a prior blog post, Pennsylvania courts will uphold a funding agreement’s choice of law provision so long as there is a “substantial relationship” with the jurisdiction chosen – for example, if the funder is located there.[4] The ultimate lesson, then, for any claimant, lawyer or funder is to pay close attention to the agreement’s choice of law provision.

[3] It appears that the terms of the funders’ investment were governed not by the revised fee agreement, but by promissory notes issued at the time of funding.  See id. at *1 (explaining that the claimant “solicited investors willing to advance money into a litigation fund . . . in exchange for promissory notes”).