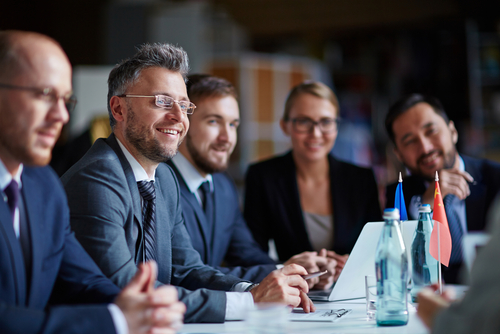 The new receptivity to litigation funding stems from changing attitudes about the long-held legal concepts of maintenance and champtery. The Norton Rose report defines them as follows: “Maintenance refers to an unconnected third-party assisting to maintain litigation, by providing, for example, financial assistance. Champerty is a form of maintenance, where a third-party pays some or all of the litigation costs in return for a share of the proceeds.” As the report points out, maintenance and champtery rules stem from medieval England, where they were used to curb abuses by corrupt nobles who interfered with the legal system for personal gain. As the common law evolved in the United States, some jurisdictions codified these maintenance and champerty rules, some of which linger today.

Increasingly, courts and bar regulators in many jurisdictions are beginning to view these rules as outdated. Third-party litigation funding is now used regularly in the United States, Australia, Canada, England and Wales.

Asia is following suit. In June, the Singapore Ministry of Law proposed legislation that would allow third-party funding for international arbitration cases seated in the country, the Norton Rose report said. The rule would extend to related court proceedings and mediation as well. “The Ministry acknowledged that parties require flexibility in how they fund disputes … [(t)hird-party funding) is increasingly used in international arbitration in other major arbitral seats, and…the availability of funding options is crucial to enhancing Singapore’s growth as a leading international arbitration seat.” Moreover, according to the report, trade agreements like the Trans-Pacific Partnership Agreement and the Transatlantic Trade and Investment Partnership should continue the trend.

Hong Kong is also emerging as a preferred locale for international arbitration, ranking with London, Paris, Singapore, and Geneva according to a recent survey by Queen Mary University of London. Published in September 2016, the Norton Rose report noted that Hong Kong, “has traditionally been hostile to third-party funding, largely due to concerns over the doctrines of maintenance and champerty.” However, the tide appears to have turned, with the Hong Kong Law Reform Commission (“LRC”) issuing a Final Report on October 12, 2016 confirming widespread support throughout the Hong Kong legal community. The LRC issued a recommendation to clarify the law concerning third party funding of arbitration and associated proceedings under the Arbitration Ordinance and also to instill appropriate safeguards when third party funding is utilized. The report was based on feedback requested to draft guidelines for third-party funding in arbitrations that were disseminated for comment in October 2015. The guidelines attempted to answer concerns that funding could (i) create conflicts of interest; (ii) create a breach of confidentiality; or (iii) allow funders to exercise too much control over an arbitration. Norton Rose noted the following about these guidelines: “The guidelines offer a practical approach to funding that should, in particular, be a helpful resource for parties and tribunals unfamiliar with such arrangements.”

This was the seventh issue of Norton Rose’s International Arbitration Report, and aside from the developments around maintenance and champtery rules and the related changes in Singapore and Hong Kong, the report focused on several third-party funding questions. Following are a few other takeaways from the report.

• The report asks: “Could funding give rise to an increase in unmeritorious claims?” The report’s editors answer: “In our view, it is more probable that the opposite could happen. Funding arrangements are more likely to act as a control on unmeritorious claims. Because their return is dependent on the success of the case, funders have no desire to take on weak – let alone unmeritorious – cases.” As we’ve noted on several occasions, litigation funders like Bentham IMF conduct deep due diligence in each case they finance to determine the potential for success – and they are staffed by seasoned litigators with long experience in evaluating the merits of a case. Funders focus on claims that are most likely to provide a significant recovery, and as the report notes “parties may even benefit from this further analysis of the merits of their case (in addition to that already conducted by their legal advisors) – particularly where funders have seasoned arbitrators on their review boards.”

• Demand for funding in international arbitration cases is growing. A panel of litigation funders told Norton Rose’s editors that they were seeing “exponential growth in the use of third-party funding generally, and particularly an increase in the number of inquiries regarding arbitrations.” The types of parties seeking funding in commercial arbitrations is also expanding – with more multinational corporations looking to use funding to reduce risk. (We’ve discussed before how companies can use funding to help pursue a litigation strategy.)

• With more knowledge about litigation funding, parties are looking for more sophisticated financing options. For instance, firms and companies are showing increasing interest in a portfolio approach to financing arbitration and litigation. As we discussed in a previous post, portfolios allow firms to finance several clients’ cases at once. As a rule, a portfolio contains three or more cases that are strong in terms of the merits, damages, and collectability. All types of commercial litigation can be included in the portfolio. (You can read more about the basics of portfolio funding here). As one funder told Norton Rose: “This approach allows extraordinary flexibility: capital can be used across the portfolio of matters or even for business purposes unrelated to arbitration or litigation. We are seeing the evolution of litigation finance into corporate finance.”

To learn more about international arbitration funding options, contact us for a consultation.