The Future of Whistleblower Enforcement Activity Under the Trump Administration 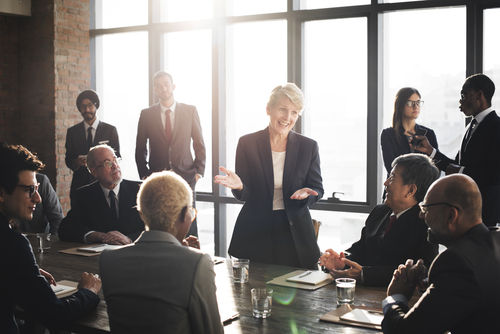 Supporting whistleblowers and their lawyers in cases exposing fraud committed against the government is a priority for Bentham IMF. We fund living and business expenses for whistleblowers while a case is pending, and depending on the case, will provide up to $10 million in funding. (Read more about our whistleblower funding efforts here.)

Since Donald Trump’s election, the Bentham team has been closely monitoring developments involving whistleblower protection. And while the new administration may overhaul or repeal financial and health care laws created during the Obama era, particularly the Dodd-Frank Act and Affordable Care Act, many of the whistleblower safeguards provided therein appear to be in a strong position to continue. “If there is a full-scale repeal Dodd-Frank or the Affordable Care Act, then of course the rules could change,” said Priya Pai, legal counsel at Bentham IMF. “But full-scale repeal appears unlikely.”

Whistleblower litigation has grown rapidly in the years since the Dodd-Frank and Affordable Care acts were signed into law. The Securities and Exchange Commission, for instance, has issued over $130 million in whistleblower awards since 2012, with $75 million of the total awarded in 2016 alone.

The success of Dodd-Frank-related whistleblower provisions has helped them garner bipartisan support. According to a recent report by Bloomberg, two top GOP lawmakers, Sen. Charles Grassley (R-Iowa) and Rep. Jeb Hensarling (R-Texas) have said they support whistleblower programs, giving whistleblower-aimed regulations “a degree of political cover [with the incoming Trump administration] that doesn’t necessarily extend to other financial regulations made possible by the Dodd-Frank Act of 2010.”

K&L Gates partner Vince Martinez, former chief of the SEC’s Office of Market Intelligence and the U.S. Commodity Futures Trading Commission’s whistleblower program, said in an interview with Law 360 that whistleblower rules are more likely to survive because they are “not an expansion of regulation, as opposed to some other parts of the Dodd­Frank Act that may come under review. Rather, it’s a form of incentivization and protection for whistleblowers that allows them to bring information of wrongdoing to the Enforcement Division." Whistleblower efforts, Martinez said, may help Trump given his promises to "police markets” for fraud and hold "both Wall Street and Washington accountable."

On the health care front, most observers agree that changes to whistleblower rules will likely be modest at best. McDermott Will & Emery partners Tony Maida and Rebecca C. Martin, writing for the National Law Review, said False Claims Act actions “are filed by relators on behalf of the government, and the Department of Justice has historically viewed itself as obligated to conduct an investigation into those cases. There is little reason to suspect the financial motivations that encourage relators and relators’ counsel to continue to bring cases under the FCA will diminish.”

Though Maida and Martin said the possibility of repeal of the Affordable Care Act could alter the ability of certain individuals to qualify as a relator, the number of cases is likely to hold steady. “The reality is that relators largely drive the government’s caseload,” they wrote.

Maida and Martin said the number of cases has risen because awareness of whistleblower programs has grown — helped by requirements that large healthcare providers educate employees about their rights. Lawyers handling whistleblower litigation also have become more sophisticated in attracting strong clients and effectively presenting their cases to the government. The Fraud Enforcement and Recovery Act of 2009 included expansive FCA amendments. And the Affordable Care Act eased the “public disclosure bar,” which, according to Maida and Martin, “prevents a person from pursuing an action based on certain publicly disclosed information unless that person qualifies as an ‘original source’ of the information.”

The ACA expanded the scope of what constitutes an original source, a provision that has received increasing scrutiny from the courts. Last February, for instance, the U.S. Court of Appeals for the Third Circuit said the new language “radically changed” the public disclosure bar. “The bottom line is that, to dismiss a case based on the public disclosure bar, the defense will have to establish that the allegations of fraud already were exposed in the news media or certain federal sources of information,” Martin and Maida wrote. “However, even if there were such public disclosure, a FCA case still will be able to proceed if the person bringing the action contributed additional material information from outside of those public sources.”

Despite the uncertainty over the ACA and Dodd-Frank, we believe whistleblower activity will remain strong.  “Whistleblower programs have bipartisan support and they’ve been shown to be very effective,” Bentham’s Pai said, “If anything is saved, they will be saved.”

To learn about the benefits of litigation funding in whistleblowing cases, contact us for a consultation.