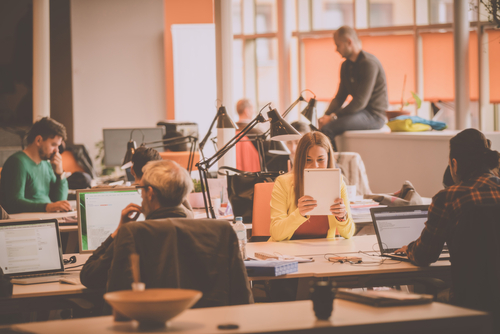 In HBO’s Silicon Valley, the young tech entrepreneurs at fictional startup Pied Piper have faced nearly every struggle an innovative small company might experience. If only Pied Piper had help from a litigation funder, they might have triumphed much faster over their rivals.

In Season 1, Pied Piper’s small team is working on a music app and is based at a less-than-reputable startup incubator located in a home in Palo Alto, California. The employees are a group of engineers who are brilliant when it comes to code and completely clueless in matters of business. Early on, they face a potential company-killing plot twist. A few of the engineers also work for Hooli, a massive search engine company, run by an unscrupulous, technobabble-spouting billionaire on the hunt for the next big thing. The engineers soon discover that their music app is a dud – but the underlying technology is a groundbreaking method for transferring digital files.

After refusing the billionaire’s investment advances, the Pied Piper team is hit with a double dose of business disaster. First, they learn that Hooli engineers have stolen much of the code for their tech and are launching a competing product. Worse, Hooli sues Pied Piper for breach of contract, unjust enrichment, and theft of trade secrets claiming the engineers that worked for both companies must have improperly used Hooli’s resources to develop the app. The lawsuit also kills venture capital interest in Pied Piper and dries up cash that could have helped pay for operations and a legal team. “A young startup with an IP lawsuit hanging over its head? I wouldn’t want to be a part of that team,” one lawyer advises the startup’s CEO.

This is where partnering with a litigation funding company might have changed the game for Pied Piper.

First, a funder could help pay for high-caliber legal representation to battle a large enterprise like Hooli. With funding, the startup would have the resources to wait out costly litigation delays designed to freeze its product development efforts and distract executives from the critical work needed to build their company.

More importantly, attorneys for Pied Piper could file counter claims regarding trade secret theft. In several well-documented cases, large companies have appropriated innovations from smaller companies with which they have had business agreements. Those smaller companies rarely have the resources to fight back.

With funding, Pied Piper could send a message to Hooli and the marketplace that it will aggressively protect its technology.[i] Such a stance could yield significant damages if the claims are successful. In addition, money that would have gone to legal bills could be moved back to helping pay for operations – keeping Pied Piper alive despite the significant legal bills and venture capital woes.

A funder’s involvement may also help assuage some of the worries of wary venture capital investors. Litigation funders conduct deep due diligence and finance only those cases they believe are the most likely to succeed. A startup could point to the funder’s investment as a strong sign that it will prevail in its litigation battles.

It probably goes without saying: most startups facing bet-the-company IP litigation aren’t going to be this lucky. They will need experienced counsel and resources to survive.

To learn more about how Bentham IMF can help startups through this kind of legal test, contact us for a consultation.

[i] Funding can work both ways. As we noted recently, Bentham receives many inquiries from large companies because of the devastating misappropriation of trade secrets by departing employees. Though large companies have sufficient capital to fund litigation on their own, litigation budgets are tight and legal fees detract from earnings with no commensurate return on the financial statements.