How a Smaller Company Can Right Wrongs Using Litigation Funding 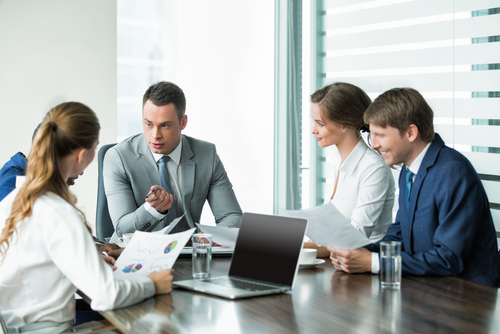 Consider the following hypothetical: A small business wins a contract to license its groundbreaking technology to a large and well-capitalized entity. This is a game-changer for the business as an enormous, well-funded client has signed on for a long-term agreement that should provide substantial cash flow to the company for years.

Unfortunately, problems soon develop. The small company suspects its technology has been copied in quantities far beyond the scope of its agreement. After dragging its heels, the client agrees to “investigate” and ultimately acknowledges that an issue has occurred. It offers a modest payment to compensate for the losses the small company has incurred. The company accepts the payment to avoid engaging in a public battle with its largest customer, the high financial costs associated with litigation, and a potential public relations nightmare.

Subsequently, the small company learns that the violations were far greater than its client initially reported. In fact, the company’s own investigation reveals that many more infringements have occurred. Now, the small company’s executives feel compelled to take its client to court for misusing its intellectual property and robbing it of tens of millions of dollars in income.

Despite its highly meritorious claims, the small company starts the litigation in a relatively weak position. It cannot afford a top-flight law firm to prosecute its case and litigation costs could eat up a significant portion of its operating income. Conversely, the client’s deep pockets and nearly endless resources mean that it can afford to drag out the litigation, placing even greater financial pressure on the small company. Without additional resources, the small company may be forced to settle for pennies on the dollar or forgo or drop its case altogether.

This is where a litigation funder can make an enormous difference in the outcome of a case. With litigation funding, the small company can aggressively pursue its claims for the duration of the litigation. It also can hire the best possible counsel. The counsel, in turn, can take on a case and a new client that would not otherwise have been able to afford her. While elite law firms rarely take cases on a full contingency fee basis, litigation financing will allow the firm to offer a hybrid/partial contingency arrangement, giving the firm a steady source of revenue in addition to the potential upside returns. This dramatically reduces the firm’s risk.

In this hypothetical, the potential return on claims is also large enough to allow the funder to offer working capital to the small company that the company can use to help finance its operations. The additional financing gives the small company the breathing room it needs to stay afloat throughout a long case. The working capital provided by the funder allows the company to both focus on its business and aid in the prosecution of its claims against the client.

By partnering with a litigation funder, the small company maximizes its chances of achieving a victory and recovering a substantial return. It has also sent an important message to the marketplace — that it will stand up for its rights even when facing a far larger enterprise.

To learn more about the ways smaller companies and their counsel can use litigation funding to their advantage, contact us for a consultation.