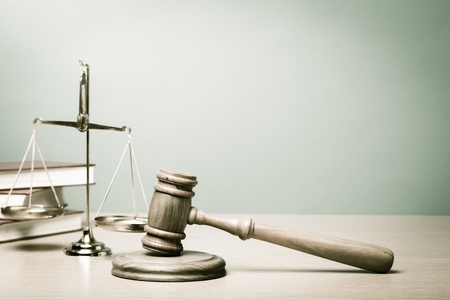 Last month, to the surprise of many in the legal community, the United States Supreme Court granted certiorari in Oil States Energy Services LLC v. Greene’s Energy Group, LLC (“Oil States”), to address the question of “[w]hether inter partes review—an adversarial process used by the Patent and Trademark Office to analyze the validity of existing patents— violates the Constitution by extinguishing private property rights through a non-Article III forum without a jury.” At the heart of the case is the underlying nature of intellectual property rights.

To provide some background, patents are referenced in Article 1, Section 8 of the United States Constitution, which provides Congress with the right to pass laws granting “inventors… the exclusive right to their… discoveries.” The Supreme Court has recognized in the 1856 decision Brown v. Duchesne, that “by the laws of the United States, the rights of a party under a patent are his private property.” However, patents in this country have always been issued by an administrative agency, the United States Patent and Trademark Office (USPTO). The USPTO has taken the position that patents are not private rights but rather “quintessential public rights.” In Oil States, petitioners take the position that the USPTO’s inter partes review (IPR) process, where the agency reviews the patentability of one or more patent claims at the request of a third party, violates the Constitution by potentially extinguishing the patent holder’s property right through a non-Article III forum.

"Suits to invalidate patents must be tried before a jury in an Article III forum, not in an agency proceeding," wrote Oil States’ lawyers, in reference to the section of the Constitution describing the judicial branch. To support this, Oil States argues that patent infringement cases have been heard in courts of law in England, and in front of juries, going back some 200 years before the founding of the American republic.

"Disregarding this long line of precedent, inter partes review takes a patent infringement claim out of the jury's hands and entrusts it to bureaucrats," claims Oil States. The company views patents as "a property right, complete with the most important characteristic of private ownership—the right of exclusion." As private property, and not a "public regulatory scheme," they can't be taken away by a government agency, argues Oil States.

Greene's, in opposition, contends that the Federal Circuit has found that neither Article III, nor the Seventh Amendment's right to a jury trial, renders the IPR process unconstitutional, and "further review is not warranted."

The IPR process has been extremely successful in extinguishing patent rights. Patent advocacy groups[1] estimate that 73.8% of IPRs that were instituted by the Patent Trials and Appeals Board—more than 1,200 procedures in all—result in a cancellation of all claims. Meanwhile, 13.4% result in a cancellation of some claims, while just 12.8% of IPRs result in the patents being fully upheld. This high level of cancellation of all or some patent claims undermines the purpose of patentability of invention – namely to encourage investment in research and development of novel technology and methods. With less than 13% of patent claims surviving the IPR process, inventors face great uncertainty in continuing to develop their novel technology. If an innovation is unpatentable, that decision should be made during the patent application process rather than through a reexamination, which often occurs after an inventor has invested significant time and resources in reliance on the patent.

By taking up the question of the constitutionality of IPRs, and potentially ending USPTO adjudication of patent rights, the Supreme Court may redraw the patent landscape for the better. With the current reexamination regime, patent litigation is risky and comes with significant costs. Litigation finance can help level the playing field by offloading this risk and providing the runway to get through the IPR process.

Contact us for more information about how funding can help you or your clients.