How to Get Your Case Financed: Getting to the Term Sheet 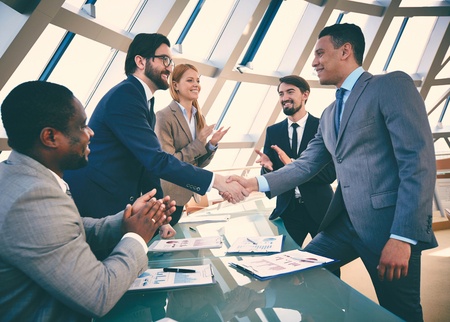 In the second of this four-part series on the litigation funding process, we will delve into some specific deal terms and discuss the best way to get to a signed term sheet with a funder.

Once an NDA is executed, claimants and their lawyers should expect to have a more robust, but still preliminary, conversation with a litigation funder about the case. In general, a funder will look for:

1) a simple explanation of the case;

2) where the case is pending (to verify there are no champerty or other restrictions in the jurisdiction);

3) the anticipated funding amount sought; and

4) the ideal funding arrangement (i.e., whether the claimant is looking for working capital, litigation fees, costs, or a combination of the three).

During these initial discussions, a funder will look to ensure that the matter meets its basic parameters.  For instance, Bentham IMF typically requires a minimum investment amount of $1 million, a realistic damages estimate that supports that level of investment (usually about 8 to 10 times the proposed funding amount in reasonably attainable damages), and a liability theory supported by documentary evidence. Typically, a party seeking funding will approach a funder with lawyers already engaged or with lawyers willing to take the case on a certain contingency/hybrid arrangement pending the ability to secure financing. In situations where a party seeking funding has not already retained an attorney, funders are commonly willing to assist with making introductions and referrals if the matter satisfies the funder’s minimum criteria and the merits appear strong.

From the initial discussions, a funder should be able to generally understand the claims, the amount needed to prosecute the case to completion, and a reasonable estimate of potential recovery. This information allows a funder to gauge its level of interest in moving forward. If that interest is strong, a funder will typically issue a term sheet that outlines the economic terms of the proposed investment and provides for a due diligence period to fully assess the merits of the case and related issues. For Bentham IMF, the term sheet is non-binding except for an exclusivity period, which generally lasts 30 to 45 days.

Funders require exclusivity because the diligence process is time consuming and may require bringing on an outside expert to analyze the specific area of law at issue. Certain funders attempt to lock up claimants with exclusivity requirements as early as the NDA stage, and often ask that claimants reimburse them for costs incurred (e.g., outside legal advice) as part of the diligence. Bentham IMF, in contrast, only requires exclusivity after the parties tentatively agree on terms. We also incur due diligence costs without seeking reimbursement from the claimant.

A funder’s term sheet will invariably describe its proposed return structure. Returns typically (but not always) increase over time as the funder continues to invest risk capital in the litigation. There is no single way to establish up front what an acceptable return will be if the case is successful, and approaches vary widely. But it is often calculated as a multiple of the disbursed funding amount, a percentage of the litigation proceeds, or the greater of the two. One thing to look for is whether a funder proposes to take a multiple of the committed funding amount (as opposed to the amount deployed as of the date of any resolution). Often committed funds are not fully drawn upon if the litigation does not go the distance, in which case committing to paying a multiple of the committed amount is inadvisable. Bentham IMF’s business is focused on certainty and fairness. As such, we welcome early resolutions of the matters in which we invest – if fair to all parties.

Claimants should also look at the proposed return priority structure. Generally, a funder will require a first-priority position to receive, at minimum, the return of its principal. If the claimant’s lawyers have agreed to a full contingency arrangement and the funding is for working capital, the lawyers may want input in such an arrangement. Addressing issues like these sooner rather than later will benefit all parties and help facilitate the positive relationship necessary to make a litigation financing partnership work.

To learn more about this phase of the funding process or to discuss whether your case is viable for funding with Bentham IMF, please contact us for a consultation. Our next post in this series will delve into the typical diligence period and cover common issues and concerns that may arise.

Visit all four parts in our how to get your case funded series:

Part One: Choosing a Funder and the Importance of the NDA
Part Two: Getting to the Term Sheet
Part Three: Presenting a Matter for Funding
Part Four: Closing and Monitoring a Litigation Finance Transaction