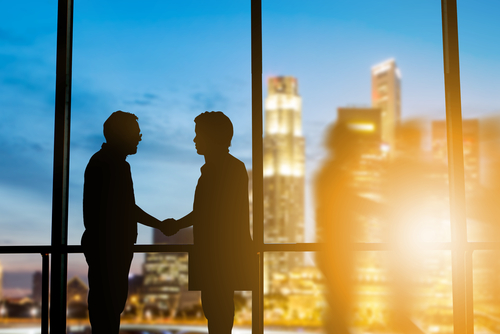 Earlier this year, the influential U.S. District Court for the Northern District of California grappled with whether civil litigants should be forced to disclose litigation funding in any case. After a period of public comment and deliberation, the court issued an order requiring disclosure of funding only in a class, collective or representative action.

Bentham IMF, as a reputable funder adhering to the highest ethical standards, believes that this order appropriately narrowed disclosure to a set of cases where the presence of funding could create an ethical conflict for the lawyers involved.

As a rule, Bentham does not fund class actions in the United States on an individual basis. Doing so, we believe, would violate ethical rules prohibiting lawyers from fee splitting. Usually, funders contract directly with a claimant in an individual case. Yet a class action has too many claimants for such an arrangement to be practical. A few funders may be tempted in such a scenario to forge an investment agreement with the lawyers involved. We believe, however, that this constitutes fee splitting, because the funder’s return on investment would be paid out of the lawyer’s fees from the case.

Under the American Bar Association Model Rule 5.4, which governs a lawyer’s professional independence, “a lawyer or law firm shall not share legal fees with a non-lawyer.” The rule allows for a few exceptions, such as allowing payments to a lawyer’s estate in the event of his or her death or to non-lawyer employees of a law firm as part of a compensation or retirement plan. Sharing fees with a litigation funder is not among the exceptions.

In class actions, judges want to know that class members are receiving a fair settlement and an appropriate portion of the award. They also want to ensure money that could be going to the class does not end up in the hands of a third-party, like a funder. Therefore, their interest in disclosure is relevant to the case. Though we support this stance, we believe that most reputable funders have the same policy as Bentham, and that the Northern District’s rule will have an impact on very few funding arrangements.

While Bentham does not fund class actions on an individual basis, a class action could theoretically be funded by including it in a law firm portfolio made up of several commercial cases. The difference between funding a single case and several is the key ethical distinction. Money recouped by a funder in a portfolio arrangement does not emanate from a single case, and the funder is not involved at the individual case level. The funder’s role is like that of a bank, providing money to finance the firm’s operations and allowing it to expand to take on a series of claims.

While we support revealing funding in individual class actions for public policy reasons, Bentham strongly opposes extending disclosure to other forms of litigation. Efforts to force disclosure in all cases are designed to stymie meritorious litigation and to add to the expense of funding, which would be unfairly burdened after disclosure by costly and time-consuming discovery requests. Such disclosure violates the letter and spirit of Rule 26, which rests on the relevance of discovery. “Parties may obtain discovery regarding any non-privileged matter that is relevant to any party's claim or defense and proportional to the needs of the case,” Rule 26 (b) (1) states.

Simply because one party wants to know how another party can afford litigation is irrelevant in discovery. It is a matter of curiosity not of law.

To learn more about how Bentham funds commercial litigation, contact us for a consultation.