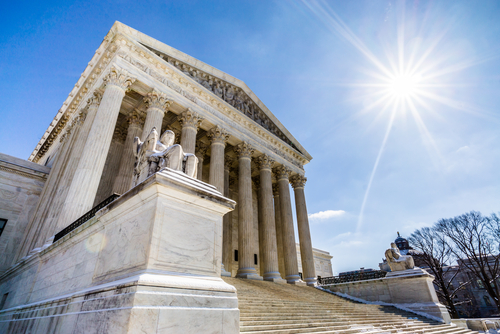 Editor’s Note: Bentham IMF closely tracks litigation trends that may have a major impact on claimants, lawyers, and funders. This week and next, we’ll explore some of last year’s developments in case law that could affect the course of litigation funding in 2018.

Among the types of litigation that funders are asked to finance, patent infringement cases are the most frequently pitched by lawyers and claimants. As such, we carefully follow decisions in patent law, particularly those out of the Supreme Court of the United States (“SCOTUS”). As the new year dawns, SCOTUS ponders the administrative review process for patents at the U.S. Patent and Trademark Office (“USPTO”). Before its term ends in June, the high court will decide the constitutionality of inter partes reviews (“IPRs"), used by the USPTO to determine the validity of patents.

Created by Congress under the Leahy-Smith America Invents Act of 2011, IPRs were touted as a way to relieve some burden from federal district courts and reduce the time and expense incurred in patent disputes by instituting a relatively speedy and inexpensive administrative review process. However, it hasn’t quite worked out that way. Serial IPRs are now frequently used in patent litigation to challenge—often repeatedly—the validity of duly issued patents, many times making patent litigation even more lengthy, expensive, and risky.

In Oil States Energy Services v. Greene’s Energy, the petitioner argued that IPRs violate Article III of the Constitution, which assigns judicial power to the judicial branch, as well as the Seventh Amendment right to a jury trial. Patent and Trademark Board (“PTAB”) judges are not Article III judges. They are selected by the director of the USPTO, who is a presidential, and thus, executive branch, appointee.

A decision by the court declaring IPRs unconstitutional could have a dramatic effect on the funding of patent matters, as it would, in many cases, reduce the time to trial and spare claimants (and the funders who may back them) the expense of serial administrative proceedings. That said, most legal analysts who watched November’s oral arguments believe the court is unlikely to scrap the IPR system. Though Chief Justice John Roberts Jr. and Justice Neil Gorsuch appeared doubtful about the constitutionality of IPRs, Justice Anthony Kennedy and Justice Samuel Alito looked likely to join members of the court’s more liberal wing to support the law.

SCOTUSBlog reported that Justice Kennedy emphasized “the oddity of a constitutional rule that would limit Congress’ authority to specify procedures for evaluating an asset that exists only by congressional authority.” During oral arguments, Justice Kennedy asked the lawyer for the petitioners whether Congress had the authority to reduce the life of patents for 10 years. “When [the lawyer] didn’t dispute that point,” SCOTUSBlog wrote, “[Kennedy] retorted, ‘doesn’t that show that the patent owner has limited expectations as to the scope and the validity of the property right he holds?’”

Though a majority of Justices may vote to leave the system in place, a companion case could allow them to overhaul the way the PTAB is managing the IPR process. SAS Institute v. Matal, argued the same day as Oil States, challenges the PTAB’s practice of refraining from issuing written opinions for all of the claims challenged in an IPR.

SAS Institute sued after the PTAB decided to review only 9 of 16 claims the company had challenged in a software patent. It argued that the PTAB’s policy violates the letter and spirit of the America Invents Act, which requires the board to adjudicate any claim challenged in an IPR petition.

A decision pushing the PTAB to review all challenges might minimize serial IPRs and shorten the patent challenge process and reduce costs. Arguing before SCOTUS, SAS’s counsel stated that the PTAB’s partial review pushes undecided claims into the district courts and greatly increases the length and expense of patent challenges.

In a September op-ed for The Recorder, Latham & Watkins IP partner Bob Steinberg, president of the PTAB Bar Association, said that while Oil States may have grabbed headlines, SAS may be the case that has the greater impact. “It seems unlikely … that the court granted certiorari in SAS Institute expecting to find IPRs unconstitutional in another case,” he wrote. Should the court decide in SAS’s favor, Steinberg said the PTAB could easily begin reviewing all challenges. “Doing so,” he wrote, “will help the board become the central venue for deciding patentability.”

The court’s ultimate decision may hinge on the word “any.” Justice Alito appeared to side with the petitioner during arguments, asking government attorneys to define “what is ambiguous” about the law. Justice Stephen Breyer, on the other hand, said language referring to “any” challenge is “filled with ambiguity, so that the agency can decide which way it wants to go.” As is so often the case, Justice Kennedy may be the deciding vote.

Until SCOTUS lays down the law of the land, it is business as usual here at Bentham IMF as far as evaluating patent cases for investment. To discuss these pending developments, or to learn more about our funding options for patent cases, contact us for a consultation.