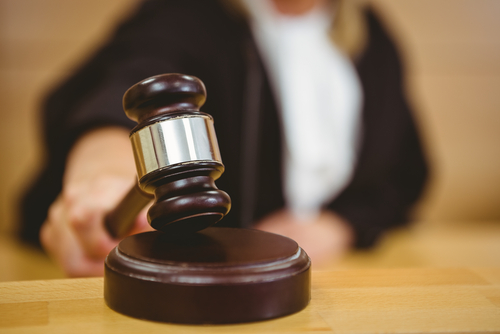 The proliferation of litigation funding in recent years has caused some—mainly the U.S. Chamber of Commerce—to question whether it should be allowed. However, the reality is that California courts settled that question more than 25 years ago.

PG&E accused former brokerage firm Bear Stearns of improperly inserting itself into a contract dispute PG&E had with a water agency in Placer County, California. The water agency sought higher rates for the hydroelectric power it was supplying PG&E under the terms of an old contract. Bear Stearns agreed to fund a portion of the water agency’s legal fees in return for a percentage of the increased revenue generated by new rates, if any. PG&E fought to block Bear Stearns and its funding.

Justice Allen Broussard, writing for a unanimous California Supreme Court, stated PG&E “is essentially seeking to abort the lawsuit by starving the litigant of funds. … [I]t would defeat the purpose of assuring free access to the courts, and cause a flood of oppressive derivative litigation, to assess tort liability for their activities.” The court held that California has “no public policy against the funding of litigation by outsiders. If any person who induced another to bring a lawsuit involving a colorable claim could be liable in tort, free access to the courts could be choked off.” (Emphasis added.)

“Our legal system,” Broussard continued, “is based on the idea that it is better for citizens to resolve their differences in court than to resort to self-help or force. It is repugnant to this basic philosophy to make it a tort to induce potentially meritorious litigation.”

The language used by the California Supreme Court in PG&E was unequivocal about its sentiment for the benefits of third-party funding in the legal system. Through PG&E, a clear message was sent by the state’s highest court. “The California Supreme Court has directly sanctioned third-party funding of litigation,” the Honorable Napoleon A. Jones Jr. of the U.S. District Court for the Southern District of California later wrote.[i] In PG&E, the Court favorably reviewed cases that had applied the Noerr-Pennington[ii] doctrine to protect litigants from state tort counterclaims, and concluded that the same considerations should protect persons who induce or finance others’ litigation.[iii]

More recently in Sosa v DirecTV, Inc., 437 F.3d 923 (9tth Cir. 2006) (“Sosa”), the U.S. Court of Appeals for the Ninth Circuit issued a ruling consistent with the PG&E decision via the Noerr-Pennington doctrine. The Noerr-Pennington doctrine protects parties from liability for bringing bona fide legal claims under the First Amendment right to petition. In Sosa, the Ninth Circuit found Noerr-Pennington protected not only those parties filing litigation, but also any third-parties funding the case. The Sosa decision supports the California Supreme Court’s long-held interpretation that funding is protected from tort claims.

California courts have taken a clear stance on third-party funding: It is a necessary—and protected—form of assistance for litigants with meritorious litigation. Without it, those litigants may not have the ability to access the courts and prosecute claims against deep-pocketed adversaries.

To learn more about using funding to pursue commercial litigation in California or another state, contact us for a consultation.

[ii] The Noerr-Pennington doctrine stems from a pair of U.S. Supreme Court antitrust decisions in the 1960s and holds that, under the First Amendment right to petition, parties cannot be held liable for joint efforts to petition or influence government bodies (including the courts). In the years since, federal courts have extended the Noerr-Pennington doctrine beyond the antitrust realm to an assortment of torts.