Is South America the Next Litigation Funding Hot Spot? 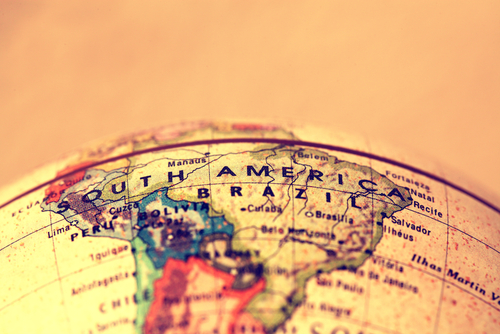 The litigation finance market in South America is heating up as we’ve seen an uptick in the number of litigants with cases in the region inquiring about funding opportunities.

In a sign of the region’s growing clout as an arbitration center, the ICC’s International Court of Arbitration announced last year that its fourth international office would be located in Sao Paulo, Brazil. (The other ICC courts are in New York, Shanghai and Singapore.) According to statistics from the ICC, Brazil ranks third among countries with most of the parties involved in ICC arbitrations, accounting for close to 30 percent of all parties in the Latin American and Caribbean region in 2016. “The augmented presence…in Sao Paulo is a direct response to an ever-expanding Latin American arbitration market,” ICC Court President Alexis Mourre said.

This isn’t the first time litigation funding has grown in a market hoping to become one of the world’s dispute resolution centers. In Singapore and Hong Kong, arbitration’s growth played a key role in driving reforms to local regulations that now allow for litigation funding in some circumstances. Both locales have key advantages that have attracted arbitrations and funders. They have robust and transparent legal systems, which are based on English common law, transact in English, have a well-qualified legal bar, and a volume of insolvency and arbitration proceedings.

It remains to be seen if the code-based, civil law justice systems South America adheres by will attract the same level of funder interest. On one hand, civil systems typically do not have the prohibitions on champerty and maintenance that have been a part of English common law since feudal times. Those restrictions tend to slow the growth of litigation funding in areas following common law.

Still, the rule of law is developing in some parts of South America, and a less settled system of jurisprudence makes it difficult for a funder to assess the likelihood of success in a particular case. Initially, more funded cases likely will be heard at the arbitration table rather than the courthouse, and U.S.-based funders may seek opportunities on a one-off basis.

That said, large-scale, cross border litigation in or related to South American legal disputes could present significant investment opportunities. Construction companies, mining, oil and gas interests, and import-export businesses have all expressed interest in funding. For instance, the largest set of funded claims related to the region stem from the nationalization of energy company YPF by Argentina’s government. One of the major investors in YPF, the Petersen Group, has filed for bankruptcy in Spain, and funding is being used to pursue certain claims stemming from the nationalization of YPF. The case is so large that the funder has created a secondary market to sell a portion of its interest in the case to institutional investors.

South America is a large region with several diverse legal markets, and while we are optimistic about the future, we also recommend caution. Claimants should seek out a reputable litigation funder who will provide transparency about its financial position and verifiable proof of its success. A funder with a well-established track record can help mitigate risk—especially in unfamiliar terrain.

To learn more about international litigation funding options, please contact us for a consultation.