How Funding for International Arbitrations Equalizes Power and Reduces Risk 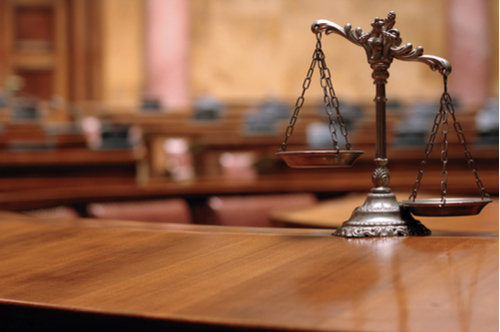 As we’ve previously noted, funding for arbitration has steadily increased as regulatory barriers have fallen in key global commercial centers. And in a just-released article for the International Corporate Governance Network’s ICGN Yearbook 2018, Bentham’s Noah Wortman and Oliver Gayner delve deeply into the trend and its “potential to equalize the power of litigants in the civil justice system and provide new risk reallocation products to corporations and institutional investors.”

Wortman and Gaynor note that international arbitrations often involve sophisticated commercial litigants with significant resources. Yet, even well-heeled businesses can face considerable cost concerns when bringing “elective” cases—cases in which the business is a claimant choosing to litigate, rather than the unhappy defendant forced to litigate. And the financial situation is exacerbated for smaller enterprises facing off against larger, better-capitalized adversaries. They observe, “(a)s a result…claimants can often find themselves disadvantaged when seeking redress against highly resourced respondents.”

These imbalances may help explain why international arbitration jurisdictions are embracing litigation finance. During the last few years, for instance, Hong Kong and Singapore have both drafted new rules designed to permit third-party funding in arbitrations based in their jurisdictions. In Wortman and Gaynor’s view, “the resulting surge in demand by arbitral parties seeking funding has helped to promote Singapore as one of the leading centers globally for dispute resolution.”

In the investment arbitration treaty space—where Wortman and Gaynor remark that the financial inequity between claimants and defendants can be even more pronounced—the International Centre for Settlement of Investment Disputes (ICSID) recently published a set of proposed changes to its rules for resolving disputes between foreign investors and states. The ICSID is the body that administers most investment treaty arbitrations, and the amendments are designed, in part, to address long-debated issues around third party-funding, including disclosure of funding and security for costs. (The proposed amendments are expected to go to ICSID’s Administrative Council for a vote in 2019 or 2020.)

Regulatory acceptance is just one driver of funding’s growth. As early as three years ago, in a report by the law firm Norton Rose, litigation funders said general knowledge about funding was increasing rapidly and that more multinational corporations were looking to use funding to reduce risk. Said one funder then, “In high-value international arbitrations…I would be very surprised to learn of any claimant that had not actively considered funding.”

Today, corporations and institutional investors readily acknowledge that litigation finance offers a novel method for allocating risk “and a way to bring market forces to bear on the supply of money used to finance legal claims,” Wortman and Gaynor say. Larger enterprises have discovered that funding “can be a sensible way of managing risk, as giving some equity in the success of a particular litigation or arbitration provides certainty instead of exposure,” they add.

And growth is almost certain to continue. “As the legal industry continues to innovate,” Wortman and Gaynor observe, “there is growing realization of the value of partnering with specialists whose involvement can save internal budgets and management time, whilst increasing the prospects of a favorable outcome.”